The Mortification of Sin

How can we go about mortifying (or putting to death) the sinful inclinations of our fleshly nature?

“But if ye through the Spirit do mortify the deeds of the body, ye shall live.” Romans 8:13

The Necessity of Mortification

Mortifying the deeds of the body cannot be understood of the religious deeds of the body, for they are to be cherished, nor of the natural deeds of the body such as eating and drinking; but it refers to the sinful actions that are done by the body arising from the temptations and injections of Satan or the corrupt dictates of our own sinful heart.

“But if ye through the Spirit do mortify the deeds of the body, ye shall live,” Ye- see here, beloved, that the Lord walks in ways contrary to the judgments of flesh and blood. He bids us mourn and sow in tears and then we shall reap in joy. He bids us die, and tells us this is the way to live; and no way can be more contrary to flesh and blood, and yet there is no other way to live but this. We most first die to sin and the world before we can live . life of grace; and we must die a natural death before we can come to live a life of glory.

There are two observations that I shall draw from this latter part of the text:

DOCTRINE 1. Mortification of corruption is a necessary qualification -required in every person who shall obtain salvation.

If you mortify the deeds f the body, you shall live.

DOCTRINE 2. From the addition of this phrase, “through the Spirit,” observe that, though a man can commit it by his own strength, he cannot mortify but by the strength of the Spirit.

RULE 1. Count not the restraining of sin from coming into action to be a real mortifying of sin. Restraining grace is not mortifying grace. In Genesis 20:6 God said to Abimelech, “I withheld thee from sinning against Me; therefore suffered I thee not to touch her.’ He had sin restrained, but not mortified.

A lion confined within the grates- is a lion still, though he cannot go about to devour his prey; similarly, though men are restrained from acting out those sins to which they are inclined, yet the restraint of sin is not to be taken for the mortifying of sin. A man may for a time lay a curb and restraint upon his lusts, so that they do not come forth into action, even without the powers of mortifying grace. A man may bridle a lust for many years, and yet the lust remains unmortified. Therefore, I say, do not count the restraining of a sin to be the mortifying of a sin.

RULE 2. A listlessness toward any kind of sin is no infallible demonstration that such a sin is mortified. Count not a present listlessness to some sins to be a saving mortification of them. This is a great mistake that many men run into: because they have no desire to commit some sins which their education makes them averse to, therefore they think they have a work of mortification and sanctification wrought in them; whereas there are divers external causes that may make a man indisposed and averse to some sins such as sickness, old age, better of conscience, education, or a man’s natural temper. These cases are expounded in answer to the following question.

QUESTION. Why are men more disposed to some sins than others?

ANSWER 1. A man my have a listlessness and unwillingness toward some sins arising from a fit of sickness, so that, though he has been a drunkard or an adulterer in former times, yet because he has thereby distempered himself and impaired his health he has no lost or desire for those sins now. Or, if he has renewed desires after these sins, yet it may be that he wants strength of body to act. Such listlessness to sin, flowing from a sick bed, does not proceed from mortifying grace.

ANSWER 2. This indisposition to sin may flow from old age, wherein a man’s strength is wasted and decayed, and so he is not able to commit those sins of adultery and drunkenness which formerly he committed and took pleasure in.

ANSWER 3. It may flow from a good education and principles of morality in men which restrain them from any gross and scandalous sins.

ANSWER 4. It may proceed likewise to.- better and terror of conscience. When this seizes upon a man in whose face God casts the flashes of hellfire, this may make him abstain from sin for a time while the horror lies upon him. As a thundering storm sours the beer in our cellars, so, when God thunders upon the conscience, it will sour and embitter sin to a man so that he has no desires after it for the present. Yet this is not mortifying grace upon the heart, but the horror of conscience that gnaws and grips and terrifies the man, and makes him listless after sin at such a time.

ANSWER 5. Another eternal cause of a man’s listlessness to some sins may be his natural temper. For, though every man has sin in him seminally, yet there are some sins which by nature he is more inclined to than others, according to his constitution. A man of a choleric disposition is most inclined to anger; a man of a sanguine disposition is most inclined to uncleanness. There are many sins that, by a man’s natural temper, he is most averse to. Luther professed of himself that he was never in all his lifetime troubled with covetousness. This did not proceed from mortifying grace, but from the natural temper of his body. It was a gift of nature given him by God, and of a gift of grace.

Give me leave to illustrate this to you by this familiar similitude. Suppose you put a dog and a sheep together, and cast flesh before the sheep and grass before the dog. Neither of them will eat anything The sheep will net eat the flesh; neither will the dog eat grass, which arises from the natural temper of the creatures. Why, so it is here. Men’s natural temper dispose them to some sin, and not to others, which therefore is not to be imputed to the power of mortifying grace.

Therefore, beloved, you are not to impute to mortifying grace what is merely the result of a violent sickness, old age, education, terror of conscience, or a man’s natural temper and constitution.

RULE 3. Let mortification be attended to inward and secret sins as well a, to outward and scandalous sins. Not only the lusts of the flesh, but those of the mind are to be mortified; not only the deeds of the body, but the thoughts of the heart and corruptions in the inward man are to be subdued. You are to extend mortification to the subduing of vicious affection, as well as base actions. Colossians 3:5 the Apostle says, “Mortify, therefore, your members which are upon the earth, fornication, uncleanness,” and so on. You think, it may be, that these two are one. No, fornication is sin in action; uncleanness is sinning in affections and thought. The Apostle bids them mortify fornication, that is, uncleanness in action; but he does not stop there. He tells them they must subdue their sinful affections and inclinations to those sins. You must mortify the very first motions and secret propensities to any sin in your hearts.

RULE 4. Let mortification be especially directed to strike at those sins that act your master sins-that at, most prevalent and predominant in your heart, that yet you have most prayed against and are least able to resist, that strongly assault you and most easily beset you and are masters over you. Thus David, in Psalm 18:23, sys, “I have kept myself from mine iniquity,” that is, from my special sins, my constitutional sins, my bosom iniquities. I might give you the same advice that the King of Syria gave his captains to 2 Chronicles 18:30: “Fight neither with small nor great, but only with the King of Israel.” So I say to you, fight not so much against any sin as against your beloved, darling, constitutional sins that most easily beset you and prevail over you.

RULE 5. Think net to compass this great ,work of mortification by a general, superficial sight of sin, unless you come to a distinct and particular apprehension of your sins. If you take your sins and corruptions all together in a lump, you will never be able to break and mortify them. When a bundle of gods is knit closely one to another, the strongest man to the world is net able to break them; yet, if they are taken asunder, any man may break them all one by one with ease. So it is here: if you take sin apart and labor to have a distinct view and sight of each one, this is the way to overcome and mortify them. 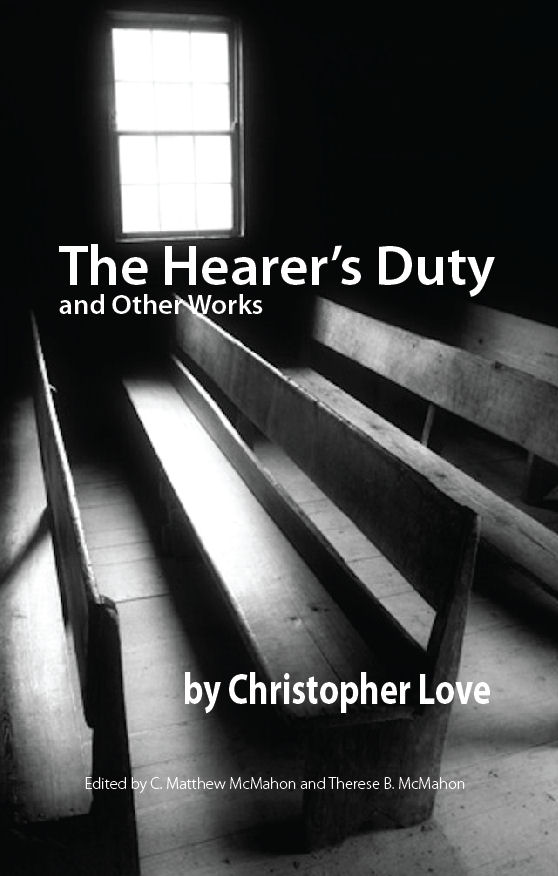 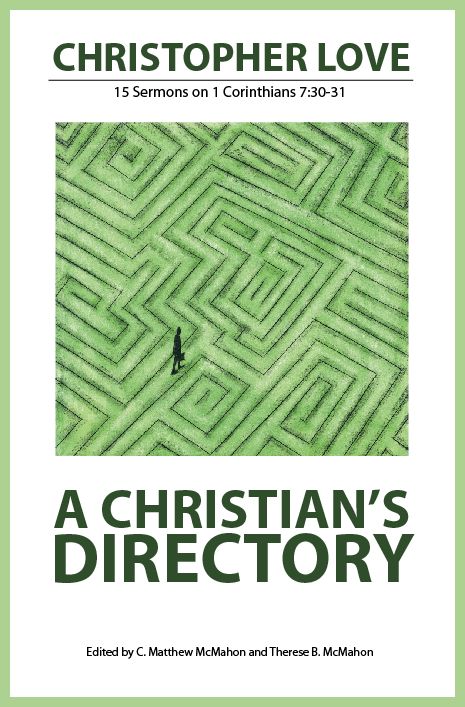 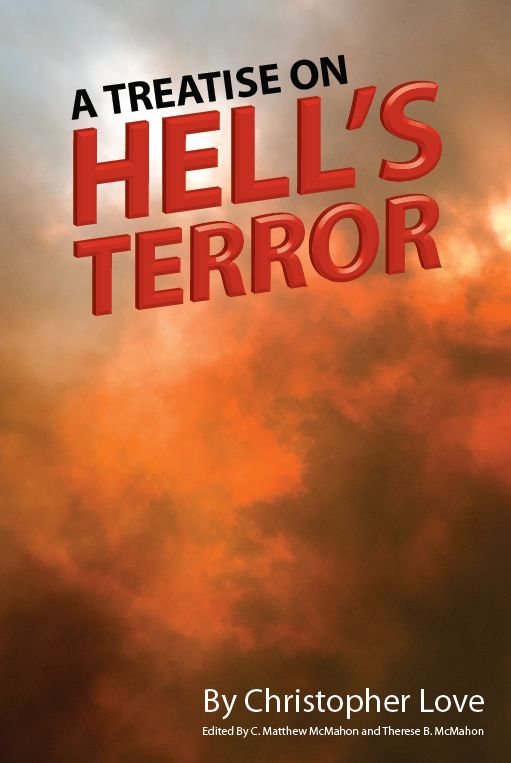 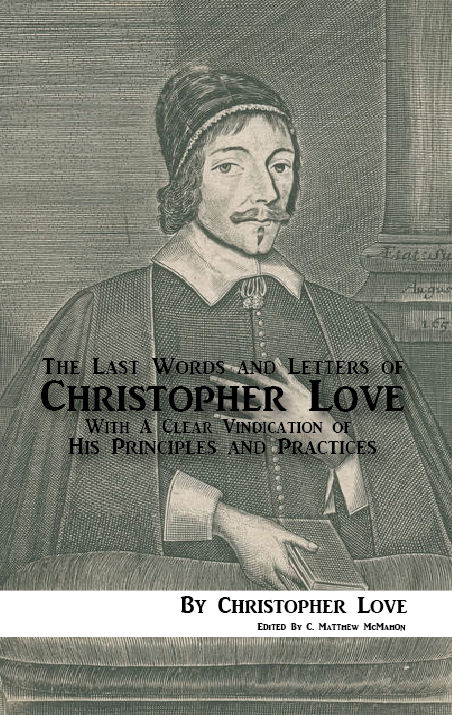