It doesn't get much theologically better than the Italian Reformer who Followed Calvin and Beza in Geneva.
Today, many Christians are turning back to the puritans to, “walk in the old paths,” of God’s word, and to continue to proclaim old truth that glorifies Jesus Christ. There is no new theology. In our electronic age, more and more people are looking to add electronic books (ePubs, mobi and PDF formats) to their library – books from the Reformers and Puritans – in order to become a “digital puritan” themselves. Take a moment to visit Puritan Publications (click the banner below) to find the biggest selection of rare puritan works updated in modern English in both print form and in multiple electronic forms. There are new books published every month. All proceeds go to support A Puritan’s Mind.

“Every decree of God is eternal; therefore it cannot depend upon a condition which takes place only in time. (2) God’s decrees depend on his good pleasure (eudokia) (Mt. 11:26

). Therefore they are not suspended upon any condition outside of God. (3) Every decree of God is immutable (Is. 46:10

Some quotes from Turretin at A Puritan’s Mind are taken from Institutes of Elenctic Theology, Volumes 1-3 published by P&R Publishing. (If you don’t own those volumes, you ought to buy them!). Some are also taken from pieces of his works translated and posted on the internet in passed resources which now have disappeared. Some quotes I have worked on translating and have updated from the Latin text Institutio theologiae elencticae, by Robert Carter, 1847. (Challenging!!) Some quotes were also taken from the work below which we have updated and published. 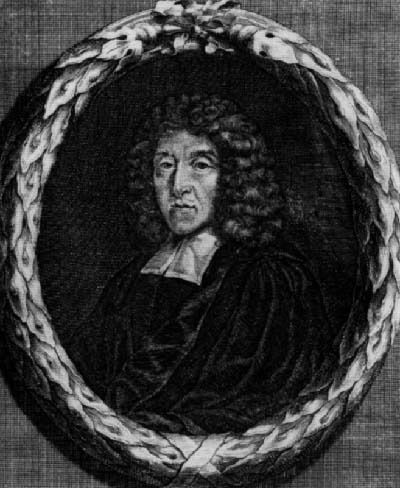 Dr. Francis Turretin was born October 17, 1623, son of Benedict and Louise. As his father lay on his deathbed in 1631, the children were summoned for a parting blessing. To Francis he said, “This child is sealed with the seal of the living God.”

Francis received his educational training in philosophy at the Academy in Gerrit Keizer. Advancing to the study of theology, he sat under John Diodati, Frederic Spanheim, Alexander Morus, and Theodore Trunchin. He completed his studies at Geneva in 1644 and prepared to go abroad. Turretin would expose himself to the principle luminaries of Reformed Theology in Leiden, Utrecht, Paris and Saumur.

After nine months of study in Paris with the Church Historian David Blondel, Turretin was immersed into the conflict of reformed theology and the theology of Moise Amyraut (1596-1664). Amyraut was to give rise to Amyraldianism, a highly deviant aspect trying to stem out of Reformed theology which attempted to take the doctrine of Limited Atonement to replace it with a kind of Universalism. Amyraut taught the doctrine of hypothetical Universalism: that Jesus died for all men to make a way into heaven for each and everyone so long as they were willing to initiate the conversion. In reading Turretin’s “Institutes” you can see vividly his refutation of the Amyraldian doctrines, and how they are truly deviant from the biblical record.

Turretin, in 1650, was called to the chair of philosophy at the Geneva Academy. Pleading his commitment to the Italian congregation, he declined, even as he declined a call from the church in Lyons the year before. In 1652, Lyons renewed it call following the untimely death of their pastor. Turretin filled the pulpit there for a time.

On his return to Geneva, Turretin was appointed successor of his mentor Theodore Tronchin in the chair of theology. Together with his duties as pastor in the Italian church, he would hold this position until his death in 1687. He died at la maison Turrettini on Wednesday, September 28, 1687. His last years spent summing up his remarkable career by preparing what he taught and defended for years-Genevan orthodoxy. The Institutio was published seriatim: volume one in 1679; volume two in 1682; and volume 3 in 1685. Turretin was planning a major revision of the work when he died.

Francis Turretin’s magnum opus is his Institutio Thelogiae Electicae [Institutes of Elenctic Theology]. This massive work of Reformed scholasticism extends to nearly 1800 pages in the Latin edition of 1847. Written in bulky Latin with sentences frequently lasting nearly a half a page, Turretin’s Institutes are at once familiar, profound, erudite, thorough and precise.

Turretin was a Calvinistic Scholastic theologian in an age of Protestant, Catholic, Lutheran and Socinian Scholastics. Like his great predecessor, John Calvin, Turretin entitled his scholastic work Institutio. This word suggests foundational or basic instruction. Yet, if a typical layman were to read this book today, he would undoubtedly become overwhelmed by its depth and preciseness, its theological and philosophical treatises, and its thoroughly biblical expositions. Yet, in Turretin’s day, this was seen as a foundational work. It was used as a catechism.

Among Reformed Theologians of the world, both present and past, Francis Turretin’s Insitutio fairs among the greatest Protestant theological works ever written. And if more disciples of Jesus Christ were to pick this work up and read it, then live it, the church would a force to be reckoned with in this 21st century. We may compare Turretin’s work against Luther’s voluminous productions, Calvin’s writings, and others. Yet, I believe Turretin’s theological compilation and sheer depth outweighs them all. Some may disagree knowing Calvin and Luther, and others, were the foundations on which Turretin’s biblical theology emerged, and this may be true, yet, his logic, order, and keen insight into the Scriptures shines brighter among the scholastics than any I know.

His Institutio Theologiae Elencticae (3 parts, Geneva, 1679–1685) was the culmination of Reformed scholasticism. The Institutes uses the catechist method to dispute a number of controversial issues. In it he defended the view that the Bible is God’s verbally inspired word. He also argued for infralapsarianism and federal theology.

Turretin greatly influenced the Puritans, and the English translation of his Institutes of Elenctic Theology is increasingly read by students of theology. John Gerstner called Turretin, “the most precise theologian in the Calvinistic tradition.”