A prolific writer and power preacher.
Today, many Christians are turning back to the puritans to, “walk in the old paths,” of God’s word, and to continue to proclaim old truth that glorifies Jesus Christ. There is no new theology. In our electronic age, more and more people are looking to add electronic books (ePubs, mobi and PDF formats) to their library – books from the Reformers and Puritans – in order to become a “digital puritan” themselves. Take a moment to visit Puritan Publications (click the banner below) to find the biggest selection of rare puritan works updated in modern English in both print form and in multiple electronic forms. There are new books published every month. All proceeds go to support A Puritan’s Mind.

“I have seen ripe fruit and blossoms together, so is always on Jesus Christ that tree of life, ripe fruit for any to feed on, at any season, and yet vigor still budding and blossoming again for more.” 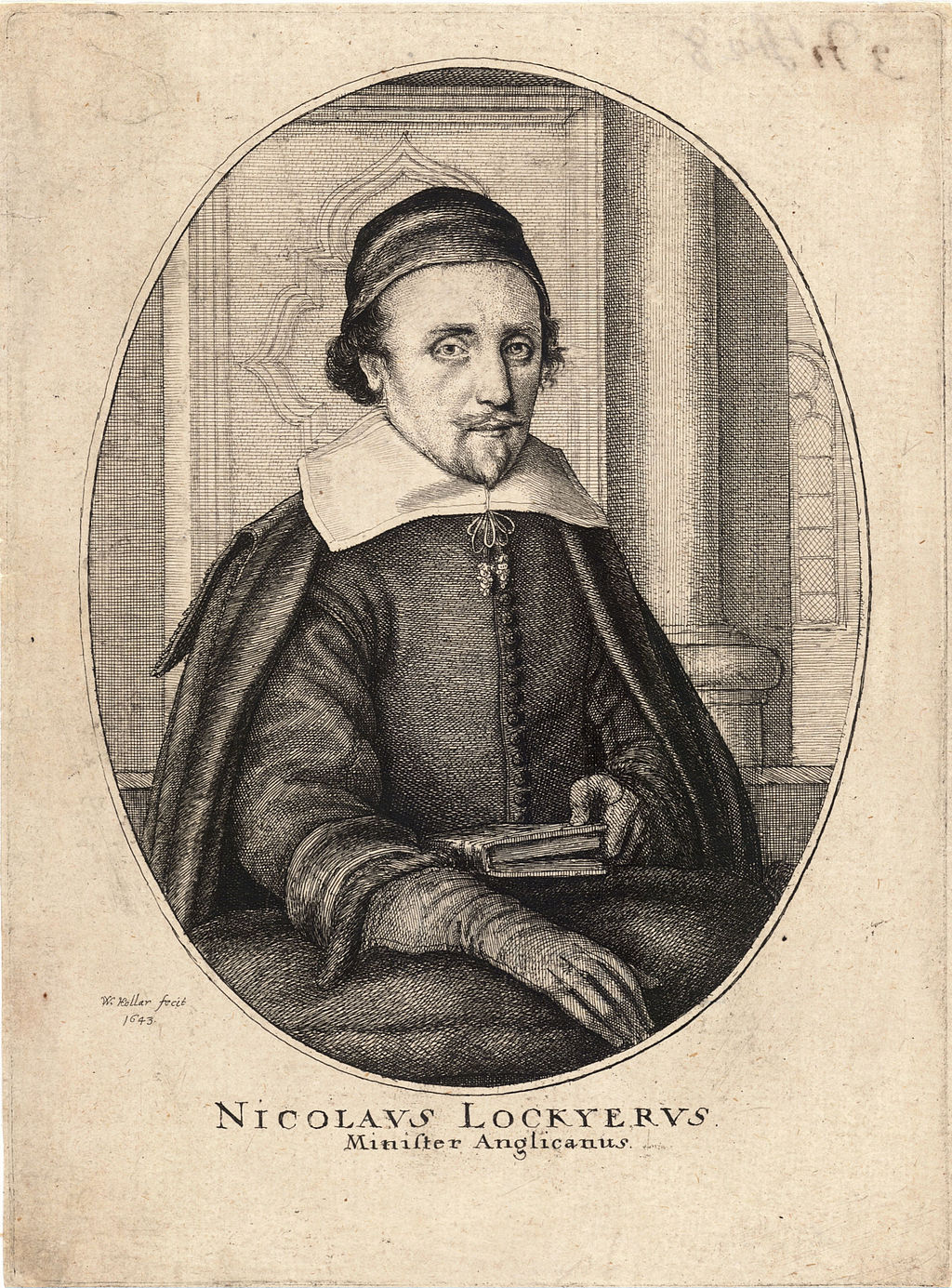 Nicholas Lockyer (1611–1685), puritan divine, born 1611, was son of William Lockyer of Glastonbury, Somerset. On 4 Nov. 1631 he matriculated at Oxford from New Inn Hall, graduated B.A. on 14 May 1633, was incorporated at Cambridge in 1635, and proceeded M.A. from Emmanuel College in 1636 (Foster, Alumni Oxon. 1500-1714, iii. 933). Upon the outbreak of the civil war he took the covenant and engagement, and became known as a fervid, powerful preacher. He was frequently called upon to deliver the ‘fast sermon’ before the House of Commons. Cromwell made him his chaplain, appointed him fellow of Eton College on 21 Jan. 1649-50, and in November 1651 sent him to Scotland as preacher with the parliamentary commissioners (Cal. State Papers, Dom. 1651 pp. 2, 3, 1651-2 p. 28). On 30 June 1653 the council of state resolved to settle lands of inheritance to the value of 200l. a year on him and his heirs for ever out of deans’ and chapters’ lands, and an ordinance was passed to that effect on 3 Feb. 1651 (ib. 1652-3 pp. 454-5, 1653-4 p. 385). He shrewdly bargained to have the value in money at ten years’ purchase, and accordingly received 2,100l., with which he purchased the manors of Hambleton and Blackwell, Worcestershire, by indenture dated 27 Sept. 1654 (ib. 1654, pp. 182, 448). An order in November 1655 to re-convey the manors to the Commonwealth, on condition of his receiving 2,500l. out of any revelations that he might make to the committee for discoveries, did not take effect (ib. 1655-7). In December 1653 Lockyer, being then a preacher at Whitehall (ib. 1655, p, 214), was appointed member of a projected commission for the ejecting and settling of ministers according to the rules then prescribed, but the scheme having failed, he was appointed a commissioner for the approbation of public preachers. As M.A, of twelve years’ standing he was created B.D. at Oxford on 5 June 1654 (Wood, Fasti Oxon. ad. Bliss, ii. 185), and became provost of Eton on 14 Jan. 1658-9, from which office he was ejected at the Restoration. He was also preacher at St. Pancras, Soper Lane, and rector of St. Benet Sherehog, London, but was deprived in 1662 (Palmer, Nonconf. Memorial, 1802-3, i. 102). His persistent disregard of the Uniformity Act compelled him to retire for a time to Rotterdam in September 1666 (Cal. State Papers, Dom. 1666-7, p. 157). In 1670 he had again to leave the country for publishing anonymously a tract entitled ‘Some Seasonable Queries upon the late Act against Conventicles,’ 4to. He ultimately settled at Woodford, Essex, where he died on 13 March 1684-5, and was buried at St. Mary, Whitechapel. To the last he persisted in exercising his ministry. Lockyer’s portrait was engraved by Hollar in 1643. He left a son, Cornelius, and five daughters. Besides his Worcestershire estates he possessed property at Woodford and Barking, and in co. Munster, which he purchased of the ‘king and parliament’ by virtue of an act made for the speedy reducing the rebels of Ireland (will registered in P.C.C. 47, Cann).