One of the most popular Presbyterian, Reformed, Calvinist puritan preachers after the Westminster Era.
Today, many Christians are turning back to the puritans to, “walk in the old paths,” of God’s word, and to continue to proclaim old truth that glorifies Jesus Christ. There is no new theology. In our electronic age, more and more people are looking to add electronic books (ePubs, mobi and PDF formats) to their library – books from the Reformers and Puritans – in order to become a “digital puritan” themselves. Take a moment to visit Puritan Publications (click the banner below) to find the biggest selection of rare puritan works updated in modern English in both print form and in multiple electronic forms. There are new books published every month. All proceeds go to support A Puritan’s Mind.

“Sin is never our master — until we consent to have it so.” 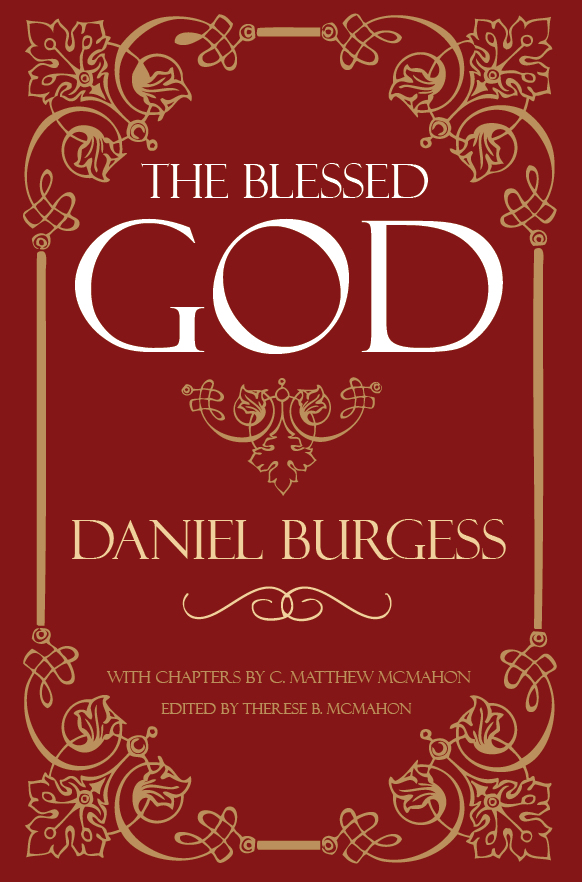 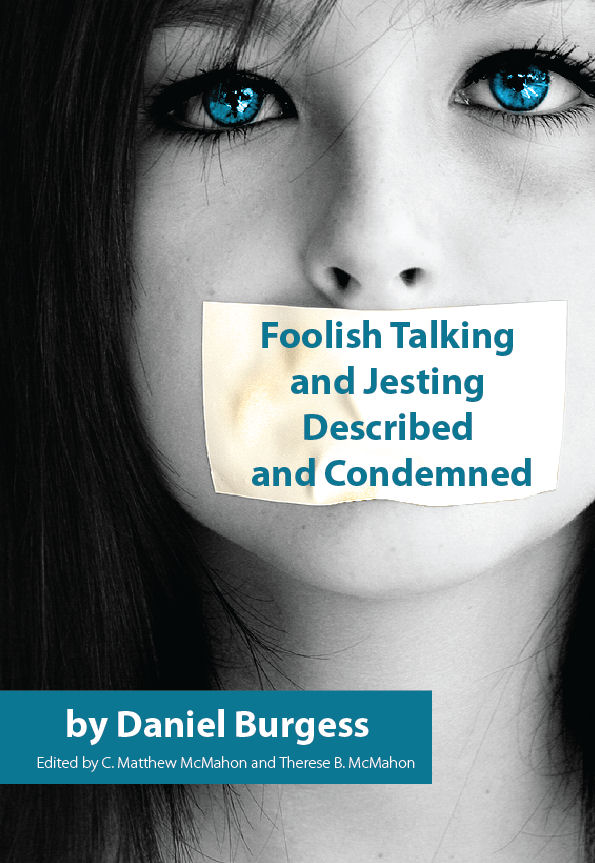 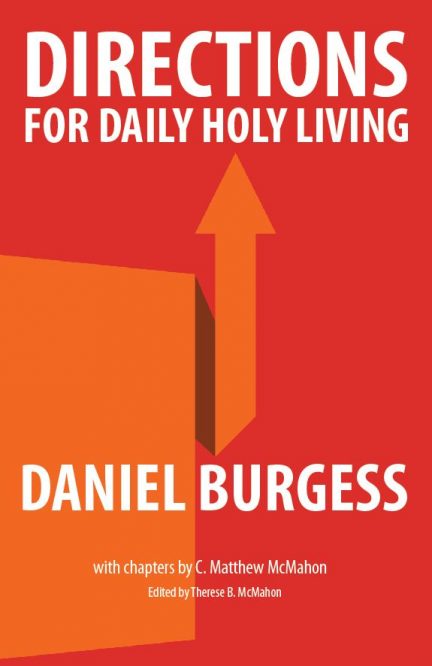 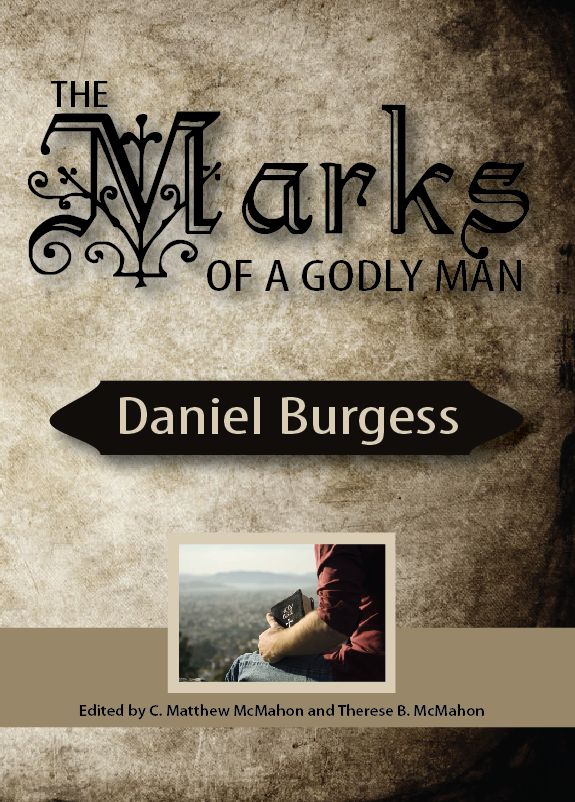 Daniel Burgess (1645-1713) was a Calvinistic Presbyterian minister. He was born at Staines, Middlesex, in 1645. His father, also named Daniel Burgess, who, after holding the livings of Staines and of Sutton Magna, Wiltshire, was appointed rector of Collingbourn Ducis, Wiltshire, through the influence of his brother Isaac Burgess, high sheriff of the county. He was ejected in 1662, and was probably the author of the sermon on Eccl. 12:1 (1660, fol.) mentioned by Watts and Allibone. Burgess was placed under Busby at Westminster School in 1654, and entered as a commoner of Magdalen Hall, Oxford, in 1660. He studied hard, but did not graduate, declining to conform. The statement that he took orders at Oxford needs confirmation; he may have had deacon’s orders, but more probably only the license of a presbytery.

Leaving the university, he acted as domestic chaplain to Foyl of Chute, Wiltshire, and afterwards to Smith of Tedworth. In 1667 Roger Boyle, first earl of Orrery, lord president of Munster, took him to Ireland, where he remained seven years. He was head master of the school founded by Lord Orrery at Charleville, Cork, and had pupils from the Irish nobility and gentry. He afterwards acted as chaplain to Lady Mervin, near Dublin.

Later, he was ordained by the Dublin presbytery. In Dublin he also married. In 1674 his father’s state of health took him to Marlborough; he preached there and in the neighborhood, and was sent to Marlborough jail. He came to London in his fortieth year (1685), and ministered to a large congregation at a hired meeting-place in Brydges Street, Covent Garden.

Burgess had influential friends; the Countess of Warwick chose him as tutor for her grandson, the future Lord Bolingbroke: in July 1688 Rotheram, one of the new barons of exchequer, took him as his chaplain on the Oxford circuit (in a letter in Rep. of Hist. Manuscripts Commission, p. 378, Burgess is described as “a man of extraordinary ripe parts”), and in 1695 he preached the funeral sermon for the Countess of Ranelagh.

His congregation moved in 1695 to a meeting-house in Russell Court, Drury Lane, and in 1705 a meeting-house was built for him in New Court, Carey Street, Lincoln’s Inn Fields. Before it was paid for differences arose in his congregation, ending in a large secession from his ministry. On March 1, 1710 the Sacheverell mob gutted Burgess’s meeting-house, and made a bonfire of its pulpit and other fittings. The government offered a reward of 100£. for the apprehension of the rioters, and repaired the building.

Burgess’s fame as a preacher was great, and his exuberant animation was something new in the London pulpit. He was a conspicuous example of pith and vivacity at a time when a dry dignity was beginning to be exacted of preachers as a virtue. Mr. Swift, who admits his ability, unjustly taxes him with mixing unction with “incoherence and ribaldry.” Tom Brown, says of him in his sermons that he had a “pop-gun way of delivery” which was in harmony with his style of composition. It is full of epigram, terse, quaint, and clear, and never meaningless or dull.

Among current stories of his pulpit wit, the best is that which makes him say that the Jews were called Israelites because God did not choose that. His people should be called Jacobites. His very sensible discourse on “Foolish Talking and Jesting described and condemned” (on Eph. 5:4), 1694, 16mo, is in view of his own practice and repute. Briefly, he contends that “no jesting is lawful but what is medicinal, and restorative of spirits for nobler thoughts.”

In theology he was Calvinistic, following the Institutes of the Christian Religion.

Burgess’s last years were damped by the defection from his flock and by sickness. “If I must be idle,” he said, “I had rather be idle underground than idle above ground.” He died on Jan. 26, 1713, and was buried on January 31 in the church of St. Clement Danes. Matthew Henry preached his funeral sermon. Burgess married a Mrs. Briscoe, and had two daughters and a son.

Of Burgess’ publications there is an imperfect list of thirty-two, beginning with “Soliloquies” which he printed in Ireland, and ending with a Latin defense of nonconformity, called “Appellatio ad Fratres exteros.”