Westminster Divine and a puritan writer who edited many works in his own day and wrote voluminously on a number of important subjects.
Today, many Christians are turning back to the puritans to, “walk in the old paths,” of God’s word, and to continue to proclaim old truth that glorifies Jesus Christ. There is no new theology. In our electronic age, more and more people are looking to add electronic books (ePubs, mobi and PDF formats) to their library – books from the Reformers and Puritans – in order to become a “digital puritan” themselves. Take a moment to visit Puritan Publications (click the banner below) to find the biggest selection of rare puritan works updated in modern English in both print form and in multiple electronic forms. There are new books published every month. All proceeds go to support A Puritan’s Mind.

The Works of the William Bridge, Volume 1. (532 pages). PDF Internet Archive
Containing the following:
1. A Memoir of the Author.
2. The Great Gospel Mystery of the Saints’ Comfort and Holiness opened and applied from Christ’s Priestly Office.
3. Satan’s Power to Tempt and Christ’s Love to and Care of his People under Temptation.
4. Grace for Grace (or, The Overflowings of Christ’s Fullness Received by All Saints).
5. The Spiritual Life and In-being of Christ in all Believers.
6. The Righteous Man’s Habitation in the Time of Plague and Pestilence.

The Works of the William Bridge, Volume 3. (468 pages). PDF Internet Archive
Containing the following:
1. Christ and the Covenant, the Work and Way of Meditation, God’s Return to the Soul or Nation, together with his Preventing Mercy.
2. Christ in Travail.
3. Seasonable Truths in Evil Times.

The Works of the William Bridge, Volume 5. (452 pages). PDF Internet Archive
Containing the following:
1. The Sinfulness of Sin and the Fullness of Christ.
2. Remains.
3. A Word to the Aged.
4. The Wounded Conscience Cured and Weak One Strengthened.
5. The Truth of the Times Vindicated.
6. The Loyal Convert, According to the Oxford Copy, with Annotations Thereon.
7. The Doctrine of Justification by Faith Opened and Applied.
8. Index. 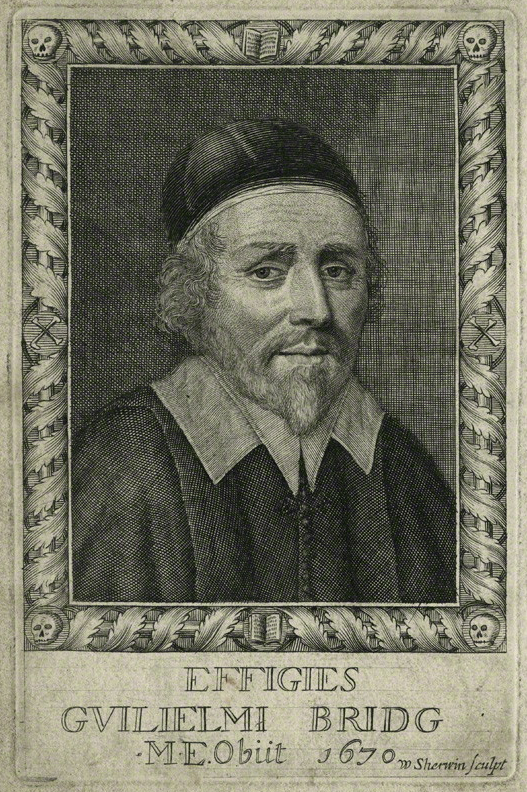 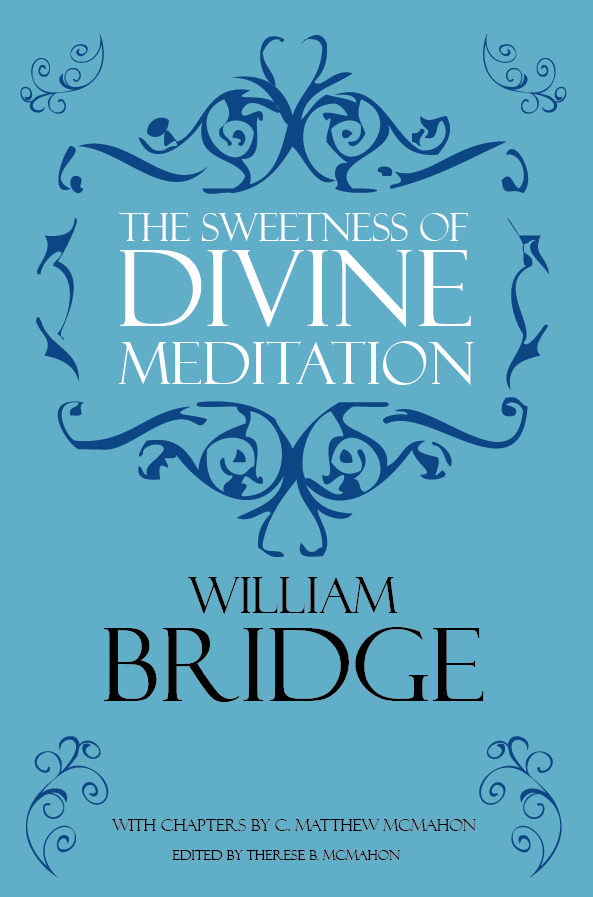 William Bridge (1600- 1670), puritan divine, was born in Cambridgeshire about 1600. He entered Emmanuel College at the age of sixteen, became M.A. in 1626, and was many years a fellow of the college. In 1631 he was appointed to the lectureship of Colchester, where he continued but a short time. In 1633 he held a Friday lecture at St. George’s Tombland, Norwich, for which he was paid by the corporation. In 1636 he was the rector for St. Peter’s Hungate, Norwich, a living at that time worth no more than 22l. per annum. Here he was silenced by Bishop Wren. He continued, however, in the city for some time after his suspension until he was ‘excommunicated ‘ and the writ ‘de capiendo’ came forth against him. He took refuge in Holland and settled at Rotterdam, succeeding as pastor the celebrated Hugh Peters, and he was thus associated in the pastorate with Jeremiah Burroughs. From a passage in the ‘Apologetical Narration’ it may be inferred that Bridge received much support from the magistrates of the city, and that many wealthy persons joined the church, some of whom had fled from the persecution of Bishop Wren. While at Rotterdam he renounced the ordination which he had received when he entered the church of England, and was again ordained, after the independent way, by Samuel Ward, B.D., after which he similarly ordained Ward.

He returned to England in 1642, frequently preached before the Long parliament, and on 30 July 1651 the sum of 100/. per annum was voted to him, to be paid out of the impropriations. It would seem from two letters preserved in Peck’s ‘Desiderata Curiosa’ that he was consulted by the parliament in reference to a general augmentation of ministers’ salaries. Dr. Nathaniel Johnson, in his book entitled ‘The King’s Visitorial Power asserted,’ gives a petition from the fellows of Emmanuel College, Cambridge, signed, amongst others, by Bridge, and says, ‘He was a great preacher, and one of the demagogues of this parliament.’ He was in the assembly of divines at Westminster, and was one of the writers of the ‘Apologetical Narration,’ published in 1643. His name is also subscribed to the ‘Reasons of the Dissenting Brethren against certain Propositions concerning Presbyterial Government,’ which was published in 1648.

After a brief sojourn at Norwich, where he preached a sermon to the volunteers, Bridge at length settled at Great Yarmouth, where he continued his labours till 1662. It is very probable that at Yarmouth his congregation, at least for some time, met in the parish church, for in 1650 the north part of the church was enclosed for a meeting-place at an expense of 900l. When ejected he went to reside at Clapham, near London, and preached in, if not founded, the ‘Independent Meeting’ there. He died at Clapham on 12 March 1670, aged 70. From an epitaph in Yarmouth church it appears that he was twice married. The name of his first wife is not known; he afterwards married the widow of John Arnold, merchant and bailiff of that town.

Bridge’s printed works are nearly all sermons. His first publication is dated 1640, and was printed at Rotterdam. In 1649 the works of Bridge were published in three volumes, quarto, printed by Peter Cole, London. Another collection was published under the title of ‘Twenty-one Books of Mr. William Bridge, collected into Two Volumes,’ London, Peter Cole, 1657, 4to. Other publications followed in 1665, 1668, and 1671, and after his death eight sermons were published as ‘Remains,’ 1673. In 1845 the whole works of Bridge were printed in five volumes, octavo, from copies chiefly in the possession of the Rev, Frederick Silver, of Jewry Street. Fifty-nine separate titles are given in the table of contents of the five volumes; a complete list is in Darling’s ‘Cyclopædia.’ A very antique-looking portrait of the author, ‘Obit 1670, W. Sherwin sculp.,’ accompanies the first volume of 1845. It originally appeared in a volume of Bridge’s sermons. A different and very pleasing portrait of Bridge may be seen in Dr. William’s library.