An Anglican Preacher and Devotional Writer
Today, many Christians are turning back to the puritans to, “walk in the old paths,” of God’s word, and to continue to proclaim old truth that glorifies Jesus Christ. There is no new theology. In our electronic age, more and more people are looking to add electronic books (ePubs, mobi and PDF formats) to their library – books from the Reformers and Puritans – in order to become a “digital puritan” themselves. Take a moment to visit Puritan Publications (click the banner below) to find the biggest selection of rare puritan works updated in modern English in both print form and in multiple electronic forms. There are new books published every month. All proceeds go to support A Puritan’s Mind. 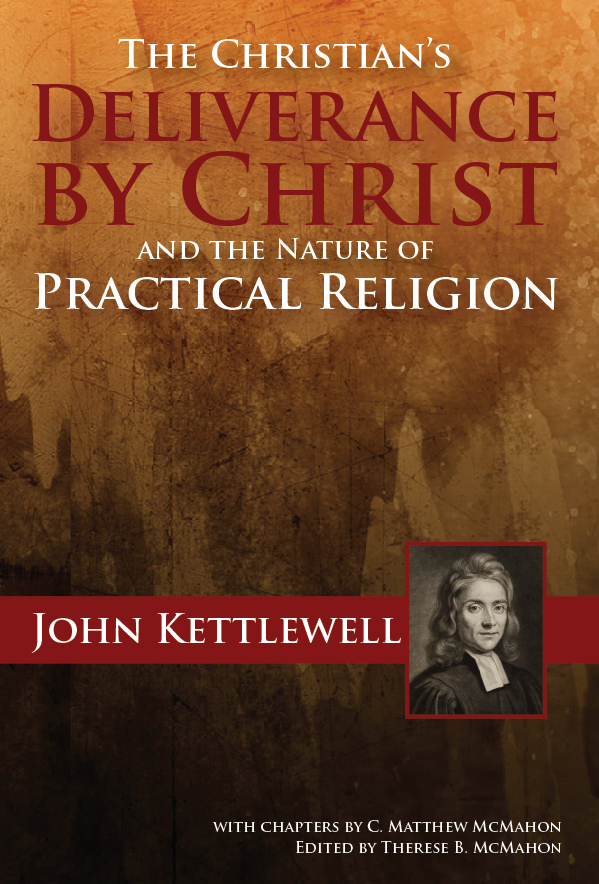 John Kettlewell (1653-1695), nonjuror and devotional writer, second son of John Kettlewell, a merchant at North Allerton, Yorkshire, by his wife, Elizabeth Ogle, was born 10 March 1652-3, and was educated at North Allerton school under Thomas Smelt, a zealous royalist. Among other pupils who attained distinction were Dean Hickes, William Palliser, archbishop of Cashel, Dr. Thomas Burnet of the Charterhouse, Thomas Rymer, editor of the ‘Foedera,’ and Dr. Radcliffe. Kettlewell matriculated at St. Edmund Hall, Oxford. 11 Nov. 1670, and graduated B.A. 20 June 1674. On Radcliffe’s resignation of a fellowship at Lincoln College, Kettlewell was elected in his place in July 1675, largely through the influence of Dr. George Hickes, then himself a fellow. For about five years he acted as tutor in college, and proceeded M.A. 3 May 1677, by which time he had. we are told, in preparation for his ordination, ‘laid up a large fund, near one hundred, of sermons’ of his own composition (Life). He was ordained deacon by the Bishop of Oxford in Christ Church Cathedral 10 June 1677, and priest 24 Feb. following (Rawlinson MS. J. 63, Bodl. Libr.) His first book, ‘The Measures of Christian Obedience,’ a summary of Christian morals as involved in obedience to the laws of the Gospel, was written between Christmas 1677 and Easter 1678, but was not published until 1681, when, at Hickes’s suggestion, Kettlewell dedicated it to Compton, bishop of London, but this dedication he suppressed after Compton had appeared in military array on behalf of the Prince of Orange at the revolution. The reputation which the book secured for him led to his appointment as chaplain to the Countess of Bedford, and to his presentation by Simon, lord Digby, to the vicarage of Coleshill, Warwickshire (December 1682). Through the countess he became known to Lord William Russell, who, despite political differences, esteemed him so highly that he sent him a message of remembrance from the scaffold. At Coleshill Kettlewell was exemplary in attention to his pastoral duties and supplied all the poor families with copies of the Bible and the ‘Whole Duty of Man.’ By his influence with the patron he procured the restoration to the living of great tithes to the value of 100l. His second publication resulted from his parochial work; he was in the habit of preaching preparation-sermons before administering the holy communion (which he did eight or nine times in the year), and of these he printed a summary in 1683 under the title of ‘An Help and Exhortation to Worthy Communicating.’ dedicating the book to Lord Digby. He resigned his fellowship at Lincoln College on 22 Nov. 1683, and thenceforward devoted himself entirely to his parish. Here, in prospect of of the disturbed times which shortly followed, he frequently inculcated passive obedience, and shortly after the suppression of Monmouth’s rebellion preached a sermon ad clarum, which was printed after his death in his collected works with the title of ‘Measures of Christian Subjection.’ On the death of George Downing, archdeacon of Coventry, in 1684, Kettlewell made unsuccessful application, to Archbishop Sancroft for that post and for the prebend of Alrewas, which Downing held as chancellor of Lichfield; a copy by Bishop Thomas Tanner of his letter, dated 15 Nov. 1684, in ‘Rawlinson MS. Letters,’ xxx. 27, in the Bodleian Library.

In 1685 Kettlewell married, and gave to Coleshill Church a service of communion plate, which was solemnly consecrated by Archbishop Sancroft; a formal record of the act, drawn up at the time, was printed in 1703 (with the omission of names and date), together with the items of service used. As a supplement to his first book, that on ‘Christian Obedience’, he published in Fe- bruary 1687-8 his ‘Practical Believer,’ treating of doctrines. This book became very popular, and passed through many editions. Through the confusions of the revolution year he preached strongly against rebellion upon any pretence. He adhered consistently to this principle, and was deprived of his vicarage in 1690. No notice of his deprivation is found in the parish books. He then removed to London, where, or in the neighbourhood (for a letter of his of 16 May 1694 is dated from Bagshot Park, Rawlinson MS. D. 373, f. 100, Bodl.), he quietly spent the short remainder of his life, occupied in the composition of devotional books and of a few controversial tracts. He wrote from London, on 4 Dec. 1694, a letter to Sir William Boothby, on behalf of Dr. William Sheridan, the deprived bishop of Kilmore (a copy exists in Bodleian MS. ‘English Hist.’ d. i. 137). Shortly before his death he proposed to Bishop Ken the establishment of a fund for the relief of the suffering deprived clergy. The proposal was adopted, and circulars asking for subscriptions were issued. But the charitable scheme was regarded by the government as a seditious usurpation of authority, and prosecutions were instituted. Kettlewell died at his house in Gray’s Inn Lane on 12 April 1695, at the age of forty-two, and was thus exempted from prosecution. His warm friend, Robert Nelson [q. v.], has given an account of his last days, which was sent to Hickes. He was buried on 15 April in the church of All Hallows Barking, in the same grave in which Laud had been interred, and is commemorated in a Latin inscription on a marble tablet erected by his widow at the east end of the church. Hearne, in pencil-written memorandum preserved in a Bodleian MS. (Rawl. D.800, 144), gives an account of Kettlewell’s funeral. Ken, who officiated for the only time in public after his deprivation (cf. Rawlinson MS. Letters, Bodl. xvii. 35), ‘performed the office in his lawn sleeves,’ and ‘prayed for the king—and the queens’ (sic), &c. ‘There were besides Mr. Gascarth, the minister, between thirty and forty clergy and as many of the laity, some of them of good quality.’

Kettlewell had married at Whitchurch, near Reading, on 4 Oct. 1685, Jane, daughter of Anthony Lybb of Hardwick House in the parish of Whitchurch. His married life was one of great happiness; his wife, by whom he had no children, survived him, but the date of her death has not been found; it seems, however, to have occurred about or before 1719 (Notes and Queries, 3rd ser. i. 91). His papers were entrusted by his widow to Robert Nelson, who published some of them. Several charities were established by his means at Coleshill, through gifts from Simon, lord Digby, Mrs. Rawlins, and himself. He exhibited in his character a perfect pattern of quiet Christian devotion and unfailing charity in the midst of heated controversies. Ken said, in a letter to Nelson, ‘He was certainly as saint-like a man as ever I knew.’ In Hearne’s pencil note quoted above, Bishop Henry Gandy (from whom the note seems to be derived) appears to be quoted as saying: ‘His books show him to be a very pious as well as learned person, and will outlast any monument his friends can bestow upon him. He was, as far as ever I could perceive, of a sweet and courteous disposition and very communicative.’ His chief recreation lay in music; he was skilled in the theory, and performed on the violoncello, base-viol, and violin. His portrait was painted by Henry Tilson, and engravings by Vandergucht, Vertue, and J. Smith are found prefixed to some of his books.