An avid Reformed puritan and preacher of the Gospel, and prolific author on Covenant Theology

“Christians get discouraged when assurance doesn’t come at once like a waterfall; but God often gives it drop by drop.” – Samuel Petto 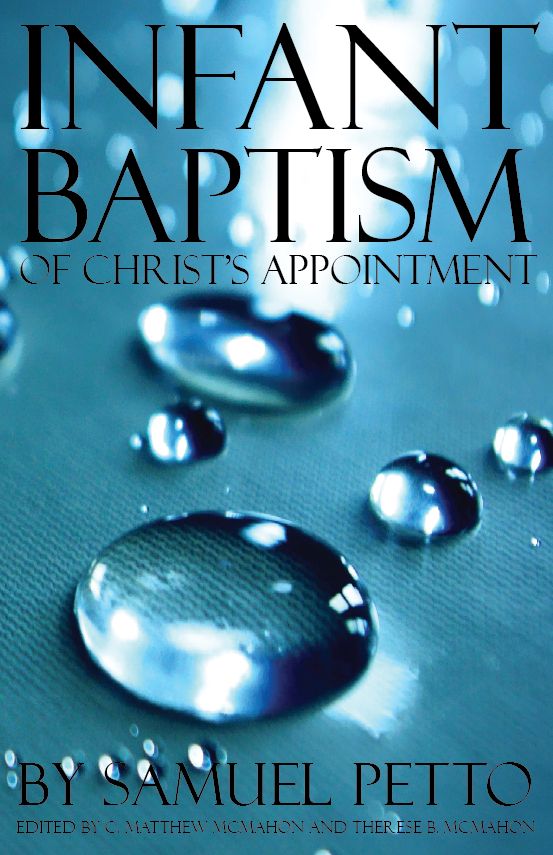 Samuel Petto (1624–1711) was an English Calvinist, a Cambridge graduate, and an Independent Puritan clergyman who primarily ministered in Sudbury, Suffolk. He was a prolific theologian who made a significant contribution to the development of British covenant theology by describing the link between the covenant of works and the covenant of grace and also demonstrating the relationship between justification and covenant theology.

Petto was born in England in 1624, though his birthplace and parentage are unknown. Petto’s early life coincided with the tumultuous reign of Charles I. It is possible that the turbulent times influenced Petto’s decision to embrace religious nonconformity. Despite the religious turmoil of the times, Petto attended Cambridge University to study to become a minister. He was enrolled in St. Catharine’s College as a “sizar” (a student granted a ration of food and lodging for free due to financial need).

Petto graduated with his bachelor’s degree in 1647, and some records indicate that he also earned a master’s degree, though no date is given. St. Catharine’s College was considered a center for theological study. Petto would have studied under Ralph Brownrigg (1592-1659) and William Spurstowe (1605–1666), both of whom were delegates at the Westminster Assembly and Reformed in their theology. This Reformed, Calvinistic influence was seen later as Petto favorably quoted John Calvin (1509–64), Richard Sibbes (1577-1635), Samuel Bolton (1606–54), John Owen (1616–83), and the Heidelberg Catechism.

Petto was ordained to the ministry in 1648. He was installed as rector at Sandcroft in the deanery of South Elmham. It seems that he was married soon afterward, eventually having five children. In 1655, his wife Mary died. In 1657, he was appointed as an assistant to the Suffolk commission of Triers and Objectors, which examined ministers, candidates, and their qualifications. Petto was an Independent or Non-Separating Congregationalist.

While formally trained as a minister, Petto’s ecclesiology allowed him to teach that qualified laymen could be allowed to preach in congregations. This view was keenly contested and Petto defended his position at great length. When the crown was restored in 1660, Petto was ejected from his pulpit. By 1669, Petto was ministering in Norfolk.

In 1672, he was officially licensed as a congregational minister under Charles II’s Act of Indulgence. Petto began his longest tenure as a minister in 1674, when he became the minister of a congregation in the town of Sudbury, Suffolk. It was an independent congregation that met in a barn belonging to Robert Sewell. The congregation was called All Saints’ Church and Petto ministered there until his death in 1711. He was buried in the churchyard on September 21.

In addition to being an Independent minister, Petto was also a well-respected theologian. His first work was on Pneumatology (doctrine of the Holy Spirit) and it dealt primarily with the doctrine of assurance of salvation and the Spirit’s work of sealing. Following mainstream Puritan thought, Petto believed that sealing of the Spirit was a separate act from the indwelling of the Spirit. The sealing of the Spirit granted to individual believers the confidence that God was their Father and that they were truly converted. Later in life Petto seemed to have shifted in his view and like Owen began to see that sealing and indwelling were more closely related, and that both were given to believers upon their initial salvation.

Petto’s greatest theological influence came from his highly regarded work on covenant theology, The difference between the Old and New Covenant Stated and Explained: With an Exposition of the Covenant of Grace in the Principal Concernments of it. In this work Petto skillfully navigated and addressed the many contemporary debates concerning covenant theology showing an exceptional, detailed understanding of the subject. Petto explored the relationship of the Mosaic covenant with the covenant of grace. He made an important connection between the covenants and the Protestant doctrine of justification. His careful work won him the praise of many contemporary theologians including the eminent John Owen, who wrote the book’s foreword.

Baptists seem to gravitate to Samuel Petto attempting to see his covenant theology as in line with their own. This is a misnomer.

1. “The Voice of the Spirit, or an Essay towards a Discoverie of the Witnessings of the Spirit,” London, 1654.
2. “Roses from Sharon, or sweet Experiences gathered up by some precious Hearts whilst they followed in to know the Lord,” London, 1654, printed with No. 1 (with John Martin, minister at Edgefield, Norfolk, and Frederick Woodal of Woodbridge).
3. “The Preacher sent, or a Vindication of the Liberty of Public Preaching by some Men not Ordained,” London (30 Jan.), 1657–8.
4. “A Vindication of the Preacher sent, or a Warrant for Public Preaching without Ordination,” London, 1659 (with Woodal, in reply to Matthew Poole’s “Quo Warranto”).
5. “The Difference between the Old and New Covenant stated and explained,” London, 1674 (reprinted at Aberdeen, 1820, as ‘The Great Mystery of the Covenant of Grace’).
6. “Infant Baptism of Christ’s Appointment,” London, 1687.
7. “Infant Baptism vindicated from the Conceptions of Sir Thomas Grantham,” London, 1691.
8. “A Faithful Narrative of the Wonderful and Extraordinary Fits which Mr. Thomas Spatchet, late of Dunwich and Cookly, was under by Witchcraft, as a Misterious Providence,” London, 1693 (Petto was an eyewitness of the events described).
9. “The Revelation unvailed…,” London, 1693; (reprinted with “Six Several Treatises,” infra, Aberdeen, 1820).
10. Edmund Calamy also credits Petto with “Two Scripture Catechisms, the one shorter and the other larger,” 1672. He communicated an account of a parhelia observed in Suffolk, Aug. 28, 1698, to the Royal Society (“Transactions,” No. 250, p. 107); joined with John Manning in publishing, in 1663, “Six several Treatises of John Tillinghast;” prefixed “The Life of Mrs. Allen Asty” to a sermon by Owen Stockton, London, 1681 (reprinted by Religious Tract Society, as “Consolation in Life and Death”).