One of the moderate and active Westminster divines, though his works are rare.

The Works of John White available in old English (Puritan Publications is working to publish all of White’s works): 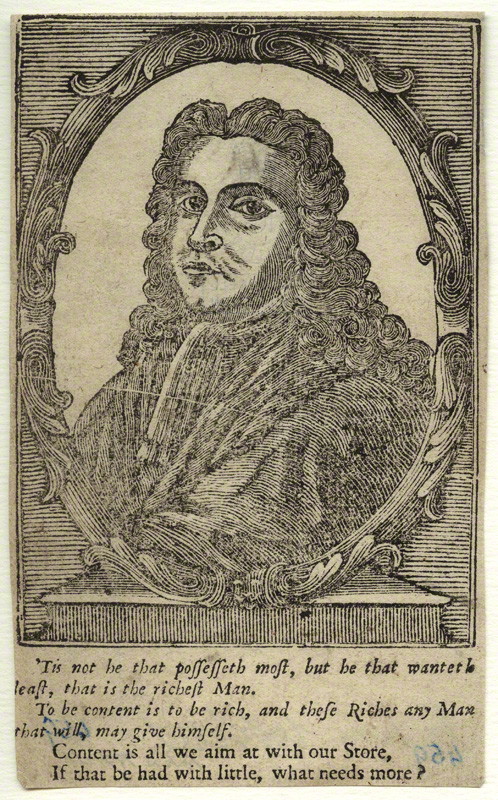 John White (1575-1648), called the Patriarch of Dorchester, son of John White, who held a lease under New College, Oxford, by his wife Isabel, daughter of John Rawle of Lichfield, was baptised at Stanton St. John, Oxfordshire, on Jan. 6, 1575. His elder brother, Josias, was rector of Hornchurch, Essex, 1614-23, and father of James, a wealthy merchant of Boston, Massachusetts (Essex Archaeol. Trans., new ser. iv. 317). In 1587 he entered Winchester school, whence he was elected a fellow of New College in 1595 (Kirby, Winchester Scholars, p. 153). He graduated B.A. on April 12, 1597, M.A. on Jan. 16, 1601 (Foster, Alumni Oxon, 1500-1714). He was appointed rector of Holy Trinity, Dorchester, in 1606, and for the rest of his long life was identified with that place. A moderate puritan, he effected great reforms in the character of its inhabitants, who Fuller says were much enriched by him, ‘for knowledge caused piety, and piety bred industry, so that a beggar was not to be seen in the town. All the able poor were set on work, and the impotent maintained by the profit of a public brewhouse and other collections’ (Worthies, ii. 340). The same authority says ‘he had perfect control of two things, his own passions and his parishioners’ purses,’ which he drew upon for his philanthropic ends. While at Dorchester he expounded all through the Bible once and half through again.

About 1624 White interested himself in sending out a colony of Dorset men to settle in Massachusetts, where such as were nonconformists might enjoy liberty of conscience. The experiment not proving at first successful, White undertook to procure them a charter and to raise money for their necessary operations. Through his exertions the Massachusetts Company, of which Sir Richard Saltonstall was a chief shareholder, was formed, and purchased their interest for 1,800l., payable in sums of 200l. at the Royal Exchange every Michaelmas from 1628. The council for New England signed the Massachusetts patent on 19 March 1628, and the king confirmed it by a charter dated 4 March 1629. John Endecott was sent out as governor. Francis Higginson and Samuel Skelton were chosen and approved by White as ministers, and sailed for the Dorchester colony on May 4, 1629 in the George Bonaventura. John Winthrop sailed in the Arbella, White holding a service on board before she sailed. White was a member of the company, and on Nov. 30th he was nominated one of the committee to value the joint stock. In 1632 and 1636 he was corresponding with John Winthrop (who urged White to visit the colony) about cod-lines and hooks to be sent, as well as flax of a suitable growth for Rhode Island (Cal. State Papers, Colonial Ser. America, 1574-1660, pp. 164, 155, 214, 216, 220).

In the winter of 1629-30 he preached at the opening of a congregational church at the new hospital in Plymouth. He is credited with having drawn up ‘the governor and company’s Humble Request to the rest of their Brethren in England,’ London, 1630, 4to; and on the authority of Increase Mather [q. v.], as well as from internal evidence of style and matter, must be accepted as author of the anonymous ‘Planters’ Plea,’ London, 1630, 4to. This work, unknown to Cotton Mather, Prince, Hutchinson, and Bancroft, historians of New England, contains the earliest trustworthy information on the first planting of the colony. It has become extremely scarce, but a copy is in the British Museum, and part of chap. viii. with chap, ix. is reprinted in Alexander Young’s ‘Chronicles of Massachusetts Bay,’ Boston, 1846, 8vo.

About 1635 or 1636 White was examined before Sir John Lambe about some papers seized in his study, and relating to a considerable sum of money sent by White to Dr. John Stoughton. This eventually turned out to be in part a legacy from one Philippa Pitt, bequeathed to White in pios usus, and in part disbursements for the colonists in New England. White produced minute particulars of these in his note-books, and at last, after six months’ attendance before the court of high commission, he was discharged and the informant reproved for ‘twattling’ (Cal. State Papers, Dom. 1635 and 1635-6, passim). In the beginning of the Long parliament White and many of his congregation took the covenant. Wood calls him “a moderate, not morose or peevish puritan,” and says he conformed to the ceremonies of the church of England.

When the war broke out about 1642, a party of Prince Rupert’s horse burst into White’s house at Dorchester, plundered it, and carried off his books. He took refuge at the Savoy, where he ministered until, after the ejection of Daniel Featley, he was appointed rector of Lambeth on Sept. 30, 1643, and given the use of Featley’s library until his own could be recovered. He was chosen one of the Westminster assembly of divines, and at their opening service in St. Margaret’s (Sept. 25, 1643) prayed a full hour to prepare them for taking the covenant (Whitelocke, Memorials, p. 74). He constantly attended the sittings of the assembly, and signed the petition for the right to refuse the sacrament to scandalous persons, presented to the House of Lords, Aug. 12th, was one of the assessors, and in 1645 was chosen on the committee of accommodation.

Upon the death of Robert Pinck in November 1647, White was designed warden of New College, but he declined to go to Oxford, being ‘sick and infirm, a dying man’ (1648). Perhaps he returned to Dorchester before his death, which took place on 21 July 1648. He was buried in the porch of St. Peter’s Chapel (belonging to Trinity), Dorchester, but no inscription appears. White married Ann, daughter of John Burges of Peterborough, sister of Cornelius Burges [q. v.], and left four sons: John, Samuel, Josiah, and Nathaniel. The eldest entered the ministry, and became rector of Pimperne, Dorset (cf. Lords’ Journals, viii. 352, 452, 489; Calamy, Nonconformist’s Memorial, ed. Palmer, ii. 145).

Besides the ‘Planters’ Plea’ and a few separate sermons and short treatises, White was author of: 1. ‘A Way to the Tree of Life: Sundry Directions for the Profitable Reading of the Scriptures,’ London, 1647, 8vo. 2. ‘David’s Psalms in Metre, agreeable to the Hebrew. To be sung in usuall Tunes To the benefit of the Churches of Christ,’ London, 1655, 12mo. 3. ‘A Commentary upon the Three First Chapters of the First Book of Moses called Genesis,’ London, 1656, fol. The preparation of this for the press was entrusted to Stephen Marshall [q. v.], but as he died (1655) before it was ready, a further note by Thomas Manton [q. v.] accompanied John White junior’s dedication to Denzil Holles.