A Puritan whose heart after Christ was set afire by the coals of the holy altar.

“Among all the gifts of God, there is nothing more useful than faith. It is profitable for this life and the life to come.”

This updated work houses all Samuel Ward’s sermons and treatises in one volume, both in electronic form and in hardback:
A Memoir of Samuel Ward. by J.C. Ryle
A Coal from the Altar to Kindle Holy Fire of Zeal, 1615, Revelation 3:19
A Balm from Gilead to Recover Conscience, 1617, Hebrews 13:18
All in All (or, Christ is All in All), 1622, Colossians 3:11
The Happiness of Practice, 1621, John 13:17
Jethro’s Justice of Peace, 1618, Exodus 18:21-23
The Life of Faith, various scriptures
The Life of Faith in Death: Exemplified in the Living Speeches of Dying Christians, 1621
A Peace-Offering to God for the Blessings We Enjoy Under His Majesty’s Reign, with a Thanksgiving for the Prince’s Safe Return, 1624, 1 Thessalonians 5:18
Woe to Drunkards, Proverbs 23:29,32
Christ is All in All, Colossians 3:11. 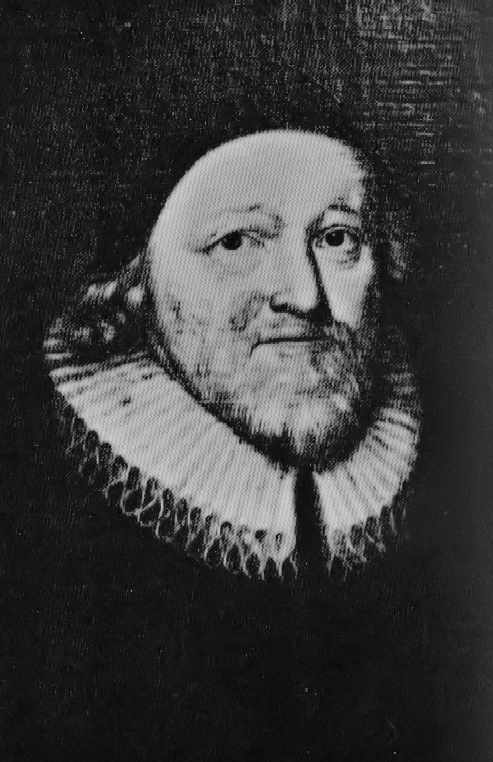 Samuel Ward (1577-1643), master of Sidney-Sussex College, Cambridge, was born at Bishop Middleham in the county of Durham, He was of good family, although his father is described as of ‘more auncientry than estate’ (Harl. MS. 7038, p. 355). He was originally a scholar of Christ’s College, where in 1592-3 he was admitted B.A. In 1595 he was elected to a fellowship at Emmanuel College, and in the following year proceeded M.A. He appears first to have become known to the learned world as one of the translators of the Authorised Version, his share in the work being chiefly the Apocrypha; during this time healso made the acquaintance of Ussher, whom he often assisted in his patristic researches. A letter which he addressed to him, 6 July 1608, affords an interesting illustration of the English scholarship of this period (PARR, Life of Ussher, pp. 22-7). In 1599 he was chosen by the executors of the founders of Sidney-Sussex College to be one of the fellows to form the new society. William Perkins [q. v.] had entrusted to him for publication his treatise, ‘Problema de Romanae Fidei ementito Catholicismo ; ‘ Ward published it with a noteworthy preface addressed to King James, to whom he was shortly afterwards appointed chaplain (Perkins, Opera, ed. 1611, col. 221). On 9 Jan. 1609-10 the executors at Sidney elected him to the mastership of the college, and his letter of thanks to Lady Anne Harington is still extant (Tanner MSS. Ixxv. 317). In 1610 he was created D.D., having already been admitted B.D. in 1603. He was now generally recognized as a moderate puritan of Calvinistic views, strongly attached to the Church of England, but equally opposed to all “Romish” innovations, an attitude which Fuller, who was his pupil at SidneySussex College, considers that he maintained with exceptional consistency (Worthies, ed. Nuttall, i. 488). His undeniable narrowness as a theologian was, however, largely redeemed by his high character, great attainments, and ready sympathy with every effort I that tended to promote religion and learning in the university.

In 1615 Ward was made prebendary of Wells Cathedral, and also archdeacon of Taunton. On 21 Feb. 1617-18 he was appointed prebendary of York (LE Neve, iii. 170), and in the following year was one of the English delegates to the synod of Dort. The letters addressed to him there from Thomas Wallis, Gerard Herbert, Dr. (afterwards bishop) Hall, Bishop Lake, are printed in Goodman’s ‘Court of King James,’ vol. ii. The ability he displayed in the course of the proceedings of the synod led Episcopius to pronounce him the most learned member of the whole body (HACKET, Sermons, ed. Plume, p. xxvi). The statement of Sanford (Studies of the Great Rebellion, p. 204) that he ‘never attended’ the synod rests on a misquotation of a statement by Carter (Hist. of the University of Cambridge, p. 381). In 1622-3 he was appointed Lady Margaret professor of divinity in the university, and on 11 April 1623 delivered his inaugural oration (fuller, Church Hist. ed. Brewer, vi. 22 n.)

Notwithstanding his retiring and modest disposition, a sense of duty impelled him to controversy. He was one of the licensers of George Carleton’s book against Richard Montagu’s “Appeale,” although the former volume was afterwards suppressed by Laud; and he appears to have himself taken part in the attack on Montagu, whose chaplain he had at one time been [see Carleton, George, 1628; Montagu, Richard]. He concurred in the censure of a sermon preached at Great St. Mary’s by one Adams in 1627, advocating the practice of confession (Canterburie’s Doom, pp. 159-92); and in the same year, when Isaac Dorislaus [q.v.] was appointed lecturer on history at Cambridge, he extended to him a sympathy and hospitality which contrasted strongly with the treatment which that eminent scholar received at the hands of the academic authorities. He appears also to have written in reply to the famous anti-Calvinistic treatise, “God’s Love to Mankind,” by Mason and Hord (HlCKMAN, Histaria Quinqu-Articulari, p. 385).

Along with his party in the university Ward watched with the gravest misgivings the progress of Arminianism and the growing influence of Laud, while he trembled for his own tenure of the professorial chair (see letter to Ussher, 14 Jan. 1634-5, Ussher’s Works, xv. 580-1). His college under his rule maintained its freedom from the innovations of ritualism; its chapel remained unconsecrated, and offered to the view of the iconoclast, after the master’s death, nothing that called for reform. But when the civil war broke out his sense of duty, as involved in his sworn allegiance to the crown, would not allow him to take the covenant, and in consequence he became obnoxious to the presbyterian majority. In 1643, along with many others, he was imprisoned in St. John’s College until, his health giving way, he was permitted to retire to his own college, where he was attended during his closing days with filial care by his servitor, Seth Ward [q.v.] On 30 Aug. 1643, while attending the chapel service, he was seized with illness, an attack which terminated fatally on the 7th of the following September. His obsequies were formally celebrated on 30 Nov., when a funeral oration was pronounced in Great St. Mary’s by Henry Molle, the public orator, and a sermon preached by the deceased’s attached friend and admirer, Dr. Brownrigg [q. v.] He was interred in the college chapel.

Ward’s ‘Diary’ (1595-1599),which is preserved among the manuscripts of SidneySussex College, was mainly written during his residence at Christ’s College, and exhibits the internal workings of a singularly sensitive nature, prone to somewhat morbid habits of self-introspection. Apprehensions of the evil to come, both in church and state, darkened indeed the greater part of his maturer years, but no ‘ head’ in the university was held in higher esteem for ability, learning, and character. The eloquent tribute to his memory by the pen of Seth Ward in the preface to the “Opera Nonnulla” exhibits him as what he really was —a central figure in the university of those days. Among his intimate friends were Archbishop Williams, Bishop Hall, Bishop Davenant, Archbishop Ussher, Brownrigg, Thomas James, Sir Simonds D’Ewes; while he was well known to most of the leading divines and scholars of his time. Among his pupils were Fuller, Edward Montagu, second earl of Manchester, and Richard Holdsworth, the master of Emmanuel.