A preacher to help you stop your wandering thoughts in worship.

“Loving Each Other. This is both the husband’s (Col. 3:19) and the wife’s duty (Tit. 2:4). Love is the great reason and comfort of marriage. This love is not merely romance, but genuine and constant affection and care for each other “fervently with a pure heart” (1 Pet. 1:22). Marital love cannot be based on beauty or wealth, for these are passing, and not even on piety, for that may decay. It must be based upon God’s command which never changes. The marriage vow obliges “for better or for worse,” and married persons ought to consider their own spouses the best in the world for them. Marital love must be durable, lasting even after death has severed the bond (Prov. 31:12). This true-hearted love brings true content and comfort in its train. It guards against adultery and jealousy. It prevents or lessens family trouble. Without it, the marriage is like a bone out of joint. There is pain until it is restored.”

The works of Richard Steele are:

The Husbandman’s Calling. (177 pages, abdriged) PDF Google Books
The Religious Tradesman. (335 pages) PDF Google Books Subtitled Plain and Serious Hints of Advice for the Tradesman’s Prudent and Pious Conduct from his Entrance into Business, to his Leaving Off. Originally titled “The Tradesman’s Calling” (1684). Glorifying God in the workplace and in your trade.
A Remedy for Wandering Thoughts in the Worship of God, 1 Cor. 7:35 PDF Google Books (This is a very popular work.)
A Discourse concerning Old Age.
A Plain Discourse upon Uprightness. 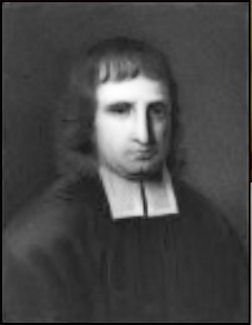 Richard Steele (Steel) (1629-1692), nonconformist divine, son of Robert Steele, farmer, was born at Barthomley, Cheshire, on 10 May 1629. He was educated at Northwich grammar school, admitted sizar at St. John’s College, Cambridge, on 1 April 1642, and incorporated M.A. at Oxford on 5 July 1656. He succeeded Thomas Porter as rector of Hanmer, Flintshire, probably in 1650. Henry Newcome visited him there on 10 June 1654. He was a member of the fourth Shropshire classis (constituted by parliament in April 1647), and, as such, was one of the ordainers of Philip Henry [q. v.] on 16 Sept. 1657. Thirty years later (9 May 1687) he was one of the ordainers, at his own house in London, of Philip Henry’s son, Matthew Henry [q. v.] In September 1660 he was presented at Flint assizes for not reading the common prayer; the prosecution fell through, owing to Charles it’s declaration in October. He was again presented at the spring assizes on 28 March 1661 at Hawarden. He resigned his living in consequence of the Uniformity Act of 1662, preaching a farewell sermon (17 Aug.), in which he said he was ejected for not subscribing his assent to the new prayer-book, which he had not yet seen. He continued to communicate at Hanmer, where he received ‘sitting’ on 19 April 1663. On 25 July he was presented for baptising his own children, and in October was arrested on suspicion of treason. Early in 1665 he was made collector for Hanmer of the ‘royal aid,’ the point being to treat him as a layman. In April 1665 he was again arrested, as he was setting out for London; his pocket diary was taken from him, and passages were misconstrued. An entry of an appointment “on a carnal account” was “interpreted to be some woman design.” Philip Henry records “’a great noise in the country concerning Mr. Steel’s almanack.” The Five Miles Act, coming into force on 25 March 1666, compelled him to leave Hanmer, and he took up his residence in London. Urwick conjectures (Nonconformity in Cheshire, 1864, p. xlix) that his was the license granted on 10 June 1672 for presbyterian preaching in “the house of Rob. Steele” at Barthomley, Cheshire; he certainly contributed to the building of a school at Barthomley in 1675. Though he may have made occasional visits to the north, Philip Henry’s diary shows that he was constantly exercising his ministry in London from 1671. He gathered a morning congregation at Armourers’ Hall, Coleman Street; in the afternoon he preached at Hoxton. He died on 16 Nov. 1692. George Hamond, his colleague and successor, preached his funeral sermon. He had ten sons, five of whom were dead in 1672. His portrait is in Dr. Williams’s Library; an engraving from it by Hopwood is given in Wilson.